This is the story of perhaps the most famous resident of Monocacy Hill – Sallie Harner Shirey.

Risa Marmontello, president of the Monocacy Hill Conservation Association, wrote an article for the Amity Township 300th Anniversary booklet describing this fascinating, stalwart lady of her century which is presented in its entirety below.

THE GRAND LADY OF MONOCACY HILL

Monocacy Hill is an unmistakable landmark in the landscape of Amity Township, rising over 600 feet above the Schuylkill River Valley.  Today it is a 428 acre recreation area with six miles of hiking trails.  People from all over the region come to hike and enjoy nature there, most of them unaware of the interesting history of the Hill and the people who lived there in the past.  If we could step back in time to the mid 1800’s, we would find that Monocaccy Hill was home to a colorful local legend – Sallie (Sarah) Shirey.  She was born near Monocacy Hill in 1812 and never lived more than two miles from her birthplace.  She raised a large family of 12 children.

After the death of her husband William in 1861, Sallie moved back to Monocacy Hill and built  a house with her sons and daughters on a 30 acre parcel.  It is hard to imagine now that her two and a half story stone house, a barn and other farm buildings stood on the western slope.  There she continued to raise her family and farm animals and maintained an impressive orchard, garden and hayfield.  We know quite a bit about her life through a book written by her nephew, John Z Harner.  Sallie was well suited to the hard work of farm life.  Born the oldest child of a Pennsylvania German farm family, there was not a job on the farm Sallie could not do.  Like many people of that time who lived off the land, she used the resources of the forest for food, medicine and building materials.   Her orchard was known in the area for its delicious peaches and the butter she made and sold was a favorite among local merchants.

As she grew older, Sally became a local legend and was referred to in news articles as “The Incomparable” Widow Shirey.  She was probably the best known resident of the township at the time and perhaps the oldest, living to age 98.  In her later years she hosted large birthday parties at her mountain home, entertaining  her guests with songs and lively stories of her life.  It is estimated that over 100 people would come from miles away to attend these parties.  She passed away in 1910.

By the time Amity Township purchased Monocacy Hill in 1968, Sallie’s homestead was long gone, but for almost 50 years she reigned as the Grand Lady of Monocacy Hill! 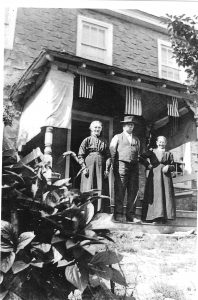 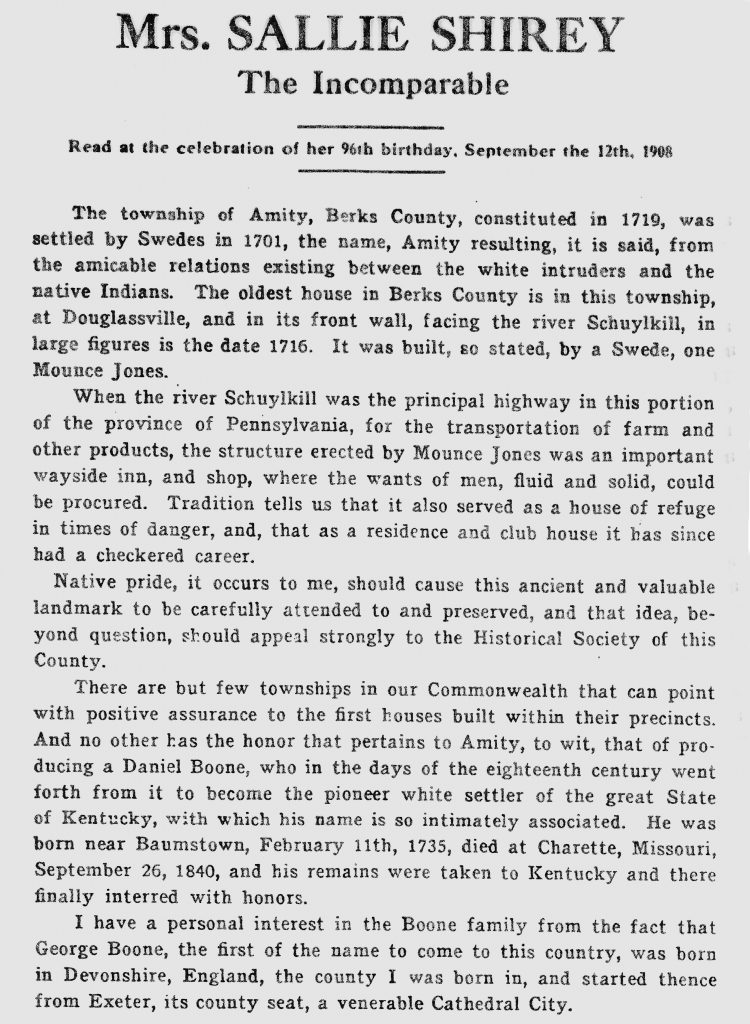 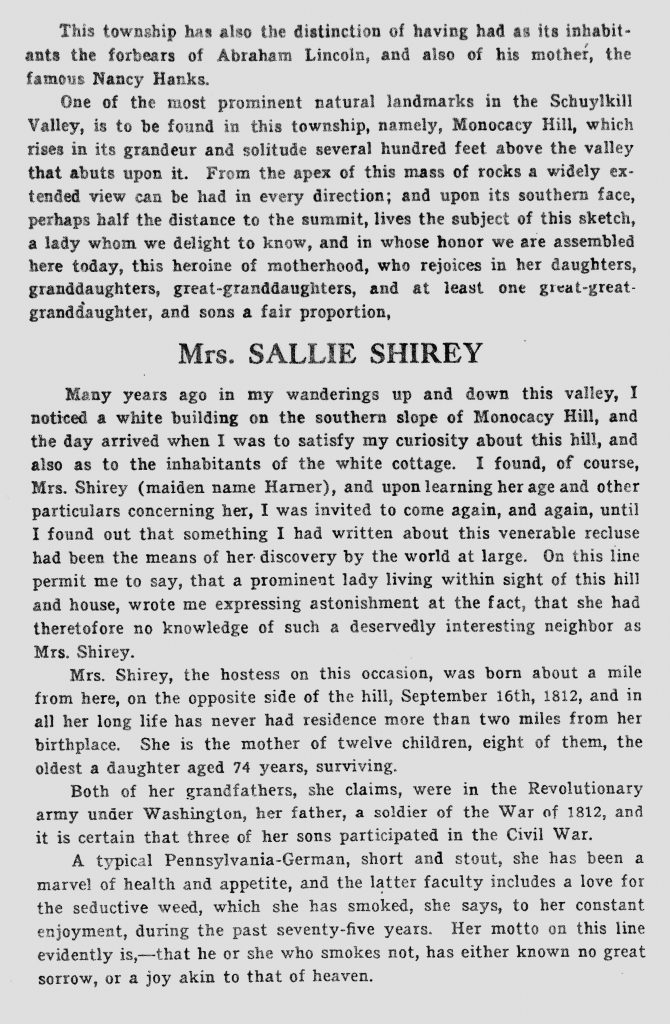 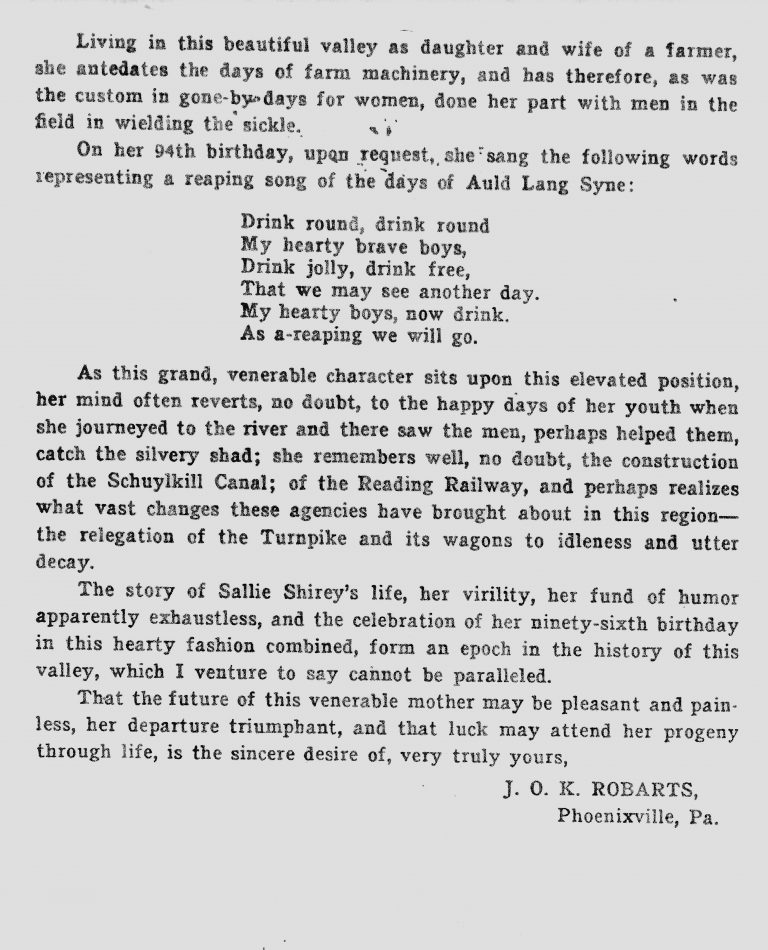